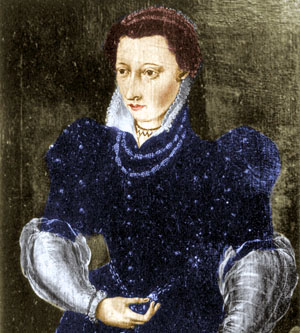 Always keep in mind what I seek to find in her; for I am not of those insane lovers who embrace even the vices of those they are in love with, when they are smitten with the fine figure of a woman. The only beauty which allures me is this – that she be chaste, obliging, not too nice or fastidious, economical, patient, and careful for my health.

Such were John Calvin’s requirements in a wife. He had remained a bachelor until the age of 31 but was encouraged by his fellow reformers, William Farel and Martin Bucer, to consider matrimony for the sake of his health, an orderly household and be freed from those cares to better serve the church. They even offered a hand in the matter, but after two failed attempts, the issue was laid to rest until Providence’s time.

In 1538, Calvin was exiled from Geneva and took residence in the city of Strassburg, Germany.  During this period, he pastored a congregation of French refugees, among whom were John Stordeur of Liege and his wife, Idelette de Bure. Formerly an anabaptist, Stordeur is said to have converted to the Reformed faith through Calvin.  Two years later, the plague swept through Strassburg taking Stordeur’s life and leaving his wife a widow with two children.  Though nothing is known of their courtship, John Calvin and Idelette de Bure were wed in August 1540.

There is very little in Calvin’s correspondence detailing the eight and a half years of their marriage. Very little is known of Idelette herself, but she must have been a remarkable woman and helpmate to the reformer of Geneva.  Her husband called her “a woman of rare qualities” and “the faithful helper of my ministry.” Theodore Beza also describes her as a “grave and honorable lady.”

Her life would not have been easy. Living in the 1500s was difficult enough by our standards without ravaging epidemics, the lack of medical care, and civil and political unrest. But more importantly, God’s call was evident upon her husband’s life to recover and defend the faith once delivered to the saints. Calvin believed that lamp of the Word had all but been extinguished in Europe, and its recovery could only be accomplished through faithful exposition of  the scriptures. This entailed preaching as much as ten times in a fortnight, lecturing on theology, as well as time devoted to study and writing. In addition to this weighty task, he was faithful to visit the sick and shepherd the flock under his care. Thus Idelette was not the primary object of her husband’s love and devotion, for however imperfectly given, it belonged to God. This would have required selflessness and a kindred spirit in a wife, which could only come by divine grace. But she was of one mind and heart with her husband for “Her counsel to him always was to be true to God at whatever cost; and that he might not be tempted from a regard for her ease and comfort to shrink from the conscientious performance of his duty, she assured him of her readiness to share with him whatever perils might befall him.”

Idelette lived under the shadow of persecution both at home and from abroad. Her husband was considered a heretic by the Roman Catholic Church and would have suffered the fate of other French Protestant martyrs if captured by enemy troops. In Geneva, his life was under constant threat by the Libertines who resented his moral reforms. He did not know if he would be thrown in the river to drown one day or killed by angry mobs the next. The citizens named their dogs “John Calvin” to show their contempt of the man.

To all this was added deeper sorrow. Their first child, Jacques, was born prematurely in 1542 and died shortly afterwards. But in that grief the sovereignty of God was an anchor to their souls. “The Lord has certainly inflicted a severe and bitter wound by the death of our infant son. But He is himself a Father and knows what is necessary for his children.” Two years later, Idelette gave birth to a daughter who died of a fever, and later a third child died in infancy, from which she never fully recovered.

Calvin attended his wife’s bedside when Idelette died at the age of 40 on March 29, 1549, probably from tuberculosis. Pierre Viret describes his friend’s condition as “a heart so broken and lacerated” while he sought the strength to not be overwhelmed with grief and fulfill his duties. Calvin never remarried.

As to Idelette Calvin’s lasting impact on her husband’s life and ministry, I will let Calvin speak for himself:

You know well how tender, or rather soft, my mind is. Had not a powerful self-control been given to me, I could not have borne up so long. And truly, mine is no common source of grief. I have been bereaved of the best companion of my life, of one who, had it been so ordained, would have willingly shared not only my poverty but even my death. During her life she was the faithful helper of my ministry. From her I never experienced the slightest hindrance. She was never troublesome to me throughout the whole course of her illness, but was more anxious about her children than about herself. As I feared these private worries might upset her to no purpose, I took occasion three days before she died, to mention that I would not fail in discharging my duty towards her children. Taking up the matter immediately, she said, “I have already committed them to God.” When I said that was not to prevent me from caring for them, she replied, “I know you will not neglect what you know has been committed to God. Her magnanimity was so great, that she seemed to have already left the world.

About the sixth hour of the day, on which she yielded up her soul to the Lord, our brother Bourgouin (an elder in the Geneva church) addressed some pious words to her, and while he was doing so, she spoke aloud, so that all saw her heart was raised far above the world. For these were her words: “O glorious resurrection! O God of Abraham, and all our fathers, in thee have the faithful trusted during so many past ages, and none of them have trusted in vain. I also will hope.”

Today’s book giveaway contest is being hosted by Persis at her blog Tried by Fire.  She will graciously be giving away 1 copy of “John Calvin: A Heart for Devotion, Doctrine, and Doxology.” Visit her place for more details and to enter your name!

Additionally, Persis has written a complementary piece to today’s post called, “Destined for Obscurity” in which she reflects upon the obscurity of Idelette Calvin and our Reformation sisters, and what it means for us today.  I assure you, you will be humbled and encouraged at once. Click here to read what she has to say.

About the Author: Persis blogs at Tried by Fire. The doctrines of grace dawned on her heart in 2008, and life will never be the same again. She’s a homeschool mom and active in her church where she serves on the women’s ministry and worship teams. Persis loves books and has a fondness for dead theologians, especially C.H. Spurgeon and the English Puritans. She resides in Virginia with her daughter, Lydia, and a growing collection of books waiting to be read.