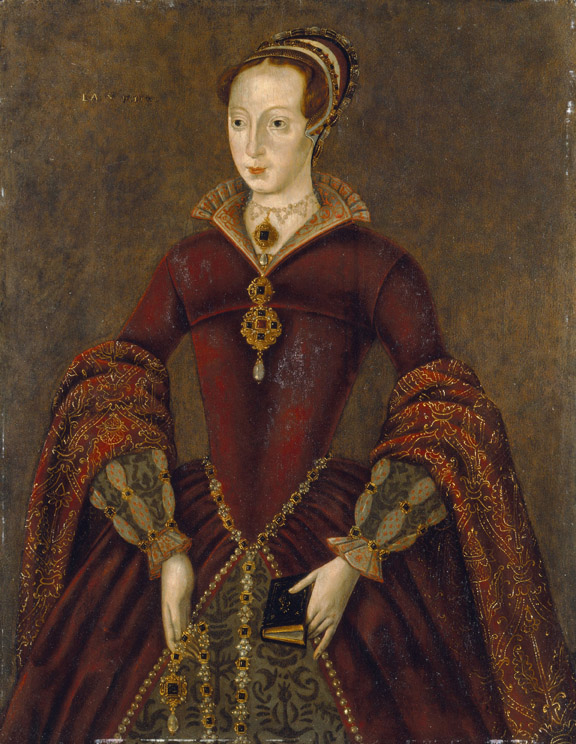 England’s Nine Day Queen grew up as a princess, and being of royal lineage (she was the granddaughter of Mary Tudor, the sister of Henry VIII) had a very strict and rigorous education. Under the authority of her stiff parents, who were proud to give Jane an education that was without a doubt, a preparation for the crown, she grew in England during a time of political and religious instability.

As we read about Jane’s life, we see how this woman understood that God is Sovereign over all circumstances, and how this understanding helped her to learn contentment while seeing God’s hand over her circumstances no matter how difficult they might be.

Consider, for example, how she refers to the extreme rigorous education she received from her parents:

One of the greatest benefits that ever God gave me is, that he sent me so sharp and severe parents and so gentle schoolmaster: for when I am in presence either of father or mother, whether I speak, keep silence, sit, stand or go, eat, drink, be merry or sad, be sewing, playing, dancing, or doing any thing else, I must do it as it were such weight, measure and number, even so perfectly as God made the world…(1)

Her parents mistreated her physically and emotionally even to the point in which she said “I think myself in hell, till time come that I must go to Mr. Aylmer.”(2)

Mr. Aylmer was Lady Jane’s tutor; he inspired Jane to live and learn. She enjoyed studying under his tutelage to the point that she became proficient in Greek, Latin, French, and Italian even in her early teen years. It is also known that her strong Protestant convictions were also implanted by her tutor who was a wonderful and avid theologian, as well as from Heinrich Bullinger, Zwingli’s successor in Switzerland with whom she corresponded regularly (3),and with Martin Bucer, “to whom she confessed herself much indebted.”(4) She also said once that it was him (Bucer) who led her “forward in all probity, piety, and sound learning.”(5)

Of Mr. Aylmer she said, “[He] teacheth me so gently, so pleasantly, with such fair allurements to learning, that I think all the time nothing whiles I am with him. And when I am called from him, I fall on weeping, because whatsoever I do else but learning is full of grief, trouble, fear, and wholly misliking to me…” (6)

This kind of rigorous education and her strong desire to study, and understand Theology prepared her for the trials that were to come.

When King Edward VI died, Mary (known later as Bloody Mary) was the rightful heir to the throne. She was Catholic and her ascent to the throne was not what the Reformers wanted, as they knew that she would try to end the rising of the Reformation in England. The only option some of them saw as a possible solution was to raise Lady Jane Grey to the throne. Lady Jane Grey, however, “wept, swooned, and protested that if any one should scruple to steal a shilling how much more to usurp a crown”. (7) However, her parents did not listen to her arguments and wanting her to wear the crown, forced her to do so. Lady Jane Grey was only sixteen years old.

Mary’s forces easily took Lady Jane Grey and all those who supported her and placed them in the Tower of London. This was the beginning of Mary’s Reign of Terror. Lady Jane Grey wrote a letter to Queen Mary in which she “freely confessed that she had committed in accepting from those deemed wise by all the realm, a crown which was not theirs to bestow”. (8) Mary was moved by it, and was even willing to show mercy to Jane Grey only if she accepted to take the Catholic Mass; Mary even sent her archbishop to try to convince Lady Jane Grey to accept the sacraments of the Catholic faith. Lady Jane Grey stood firmly on the principle of Sola Scriptura and justification by faith alone; thus rejecting any other means of salvation saying:

I deny that (good works as a mean to obtain salvation), and I affirm that faith only saves; but it is meet for a Christian to do good works, in token that he follows the steps of His Master, Christ, yet may we not say that we profit to our salvation; for when we have done all, we are unprofitable servants, and faith only in Christ’s blood saves us. (9)

Lady Jane Grey was young but she was strong in her faith and convictions; and even though she had been promised life and not death by a human, she would rather die and have the Life that God promises to those who stand firm to the end.

Jane Grey wrote then a letter to her father in which she said,

Father, although it has pleased God to hasten my death by you, by whom my life should rather have been lengthened, yet I can so patiently take it, as I yield God more hearty thanks for shortening my woeful days, than if all the world had been given unto my possession… to me there is nothing than can be more welcome, than from this vale of misery to aspire to that heavenly throne of all joy and pleasure with Christ our Saviour… (10)

Two days after her meeting with Mary’s archbishop, on February 12, 1154, Lady Jane Grey was martyred for her beliefs as well as for political reasons. But before mounting on the scaffold, she asked the chaplain if she could recite Psalm fifty-one, and then pronounced her last words:

I here die a true Christian woman and I trust to be saved by the blood of Christ, and by no other means. (11)

This young woman stood firmly, facing death, not with a bitter heart against her earthly father, or against the Queen, but with her eyes fixed on Eternity, on Jesus Christ. Her heart had not been set on earthly treasures but on the things that are not from this world; and her hope did not rest in her actions, but on the saving work of Jesus Christ.

It is my prayer that I would die reciting the Word of God, and saying the same words that this woman of faith spoke without trembling.

Today Becky will be giving away 1 copy of Feminine Threads: Women in the Tapestry of Christian History by Diana Lyn Severance.  Please leave a comment to let us know that you are interested. International entries ok.  Winners will be announced next week at the conclusion of our series.

About the Author: Becky Pliego is Mexican, living in one of the busiest cities in the world. She is the wife of one man, the mother of four children, and a friend to many. She enjoys homeschooling her children and baking muffins for her family on a Saturday morning. Coffee, chocolate and a good book are always a good company to her. Becky blogs regularly at Daily on My Way to Heaven.